The Greatest Concerts of All Time

When there are a performer and a huge crowd, that is one gigantic concert. The venue can be big and everyone is having the time of their lives. Everyone will post about it on social media and you know it is one of the greatest concerts of all time. One concert that can lay to that claim is the Rock and Roll Fame 25th anniversary concert. The biggest names in rock celebrated 25 years of rock and roll at Madison Square Garden in New York. The event was so big that it became a two-day festival. Some of today’s artists performed duets with some of the past artists. They sang all the songs that made rock and roll such a phenomenon. Some of the huge names that were present included Stevie Wonder, U2, Mick Jagger, John Legend, and even Bruce Springsteen. The crowd was so alive during all of the songs that they did not want the concert to end. They certainly wanted the third night and it is doubtful that has ever happened for a music festival. Two of hip hop’s biggest names in Jay-Z and Kanye West did a tour called Watch the Throne. They sang all their hits to the delight of the fans and they played to each other’s strengths. All the nights they played were pure joy to watch. Both men have combined to bring some of the best rap songs that are still popular even if they are already several years old.

Taylor Swift’s 1989 concert had some high-profile guests because they all knew she is the current queen of pop. Everything she touches just turns into gold. It is no secret Taylor is one of today’s not only biggest pop stars but the biggest music starts too. She has already won a ton of Grammy awards and will definitely continue to win more in the future. Whenever Taylor begins to talk, the whole crowd will listen. Her celebrity guests are actors to musicians and it was evident she knows lots of big-name celebrities as some of them had a part in her music video Bad Blood. Fellow pop sensation Beyonce dazzled the crowd with her Formation concert and it was a big hit. She kept on changing costumes and nobody was complaining. In fact, she performed songs from the album in her Super Bowl appearance. It was certainly a small preview of things to come and things were better than expected in her huge concert. LCD Soundsystem performed its last concert at Madison Square Garden and it became a big event with a huge crowd showing up for it. It was definitely a concert for the ages even if a lot of people did not expect it to go that way. They certainly did not expect a lot of people to say goodbye to one of the most popular bands the music industry has ever known. They still performed their hearts out and that is all that matters to the adoring fans. 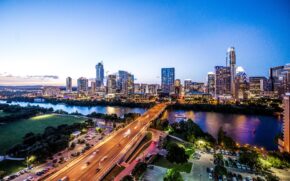